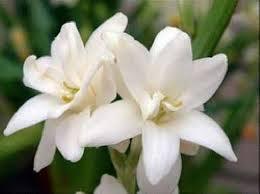 Binomial name
Polianthes tuberosa
The tuberose (Polianthes tuberosa) is a perennial plant of the agave family Agavaceae, extracts of which are used as a middle note in perfumery. The common name derives from the Latin tuberosa, meaning swollen or tuberous in reference to its root system. It consists of about 12 species. Polianthes means "grey flower".

The tuberose is a night-blooming plant thought to be native to Mexico along with every other species of Polianthes. The Aztecs called it Omixochitl [oh me' zu che' tl] or bone flower.

Its a prominent plant in Indian culture and mythology. The flowers are used in wedding ceremonies, garlands, decoration and various traditional rituals. It's Hindi name is "Rajnigandha", though it is sometimes mistakenly referred to as "Raat ki Rani" ("Queen of the Night"), which is really Cestrum nocturnum. The name Rajnigandha means "night-fragrant" (rajni=night; gandha=fragrance). In Bengali, it is called "Rojoni-Gondha", meaning "Scent of the Night". In parts of South India, it is known as "Sugandaraja", which translates to "king of fragrance/smell". In Singapore it is called Xinxiao which means "that on which the moth rests". In Indonesia it is called "bunga sedap malam", meaning fragrant night flower. In Tamil Nadu it is called as Sambangi or nilasambangi and traditionally used in all type of garlanding especially in south Indian marriages. In Cuba it is called "azucena" which is the name given to amaryllis in Mexico.

In Iran the tuberose is known as "Gole Maryam" ("Mary flower") and the oil extracted from the flower is used as a perfume.

The tuberose is also used traditionally in Hawaii to create Leis and was considered a funeral flower in Victorian times. Its scent is described as a complex, exotic, sweet, floral.

The tuberose grows in elongated spikes up to 45 cm (18 in) long that produce clusters of fragrant waxy white flowers that bloom from the bottom towards the top of the spike. It has long, bright green leaves clustered at the base of the plant and smaller, clasping leaves along the stem. 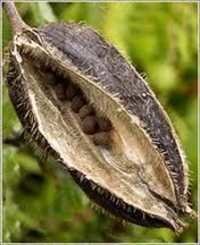 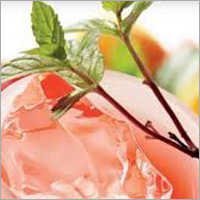 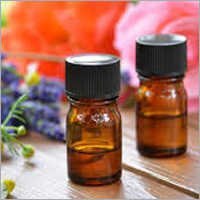 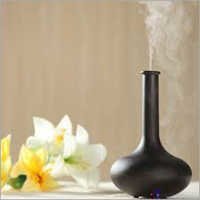 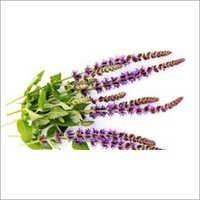