Magnolia Seeds Oil is sourced from rare and unique flowers of Magnolia tree. Stems of this tree contains ample amount of oil which is extracted by the process of distillation. In aromatherapy, this essential oil is known as a calming, soothing and relaxing agent. It is enriched with linalool, anti-inflammatory and anti-anxiety compound. Our clients can purchase this oil in various packing at competitive prices. Magnolia Seeds Oil is safely packed and represents potential and powerful health benefits for us.

Magnolia Seeds oil
The natural range of Magnolia species is a disjunct distribution, with a main center in east and southeast Asia and a secondary center in eastern North America, Central America, the West Indies, and some species in South America.

The genus is named after French botanist Pierre Magnol.

Magnolia is an ancient genus. Having evolved before bees appeared, the flowers developed to encourage pollination by beetles. As a result, the carpels of Magnolia flowers are tough, to avoid damage by eating and crawling beetles. Fossilised specimens of M. acuminata have been found dating to 20 million years ago, and of plants identifiably belonging to the Magnoliaceae dating to 95 million years ago[citation needed]. Another primitive aspect of Magnolias is their lack of distinct sepals or petals.

Uses
In general, Magnolia is a genus which has attracted a lot of horticultural interest. Hybridisation has been immensely successful in combining the best aspects of different species to give plants which flower at an earlier age than the species themselves, as well as having more impressive flowers. One of the most popular garden magnolias is a hybrid, M. x soulangeana (Saucer magnolia; hybrid M. liliiflora x M. denudata).

In parts of Japan, the leaves of magnolia obovata are used for wrapping food and as cooking dishes.

Magnolias are used as food plants by the larvae of some Lepidoptera species, including Giant Leopard Moth.

Medicinal use
The bark from M. officinalis has long been used in traditional Chinese medicine, where it is known as hou po). In Japan, kboku, M. obovata has been used in a similar manner. The aromatic bark contains magnolol and honokiol, two polyphenolic compounds that have demonstrated anti-anxiety and anti-angiogenic properties. Magnolia bark also has been shown to reduce allergic and asthmatic reactions.[20][21]

Magnolia has attracted the interest of the dental research community because magnolia bark extract inhibits many of the bacteria responsible for caries and periodontal disease. In addition, the constituent magnolol interferes with the action of glucosyltransferase, an enzyme needed for the formation of bacterial plaque. 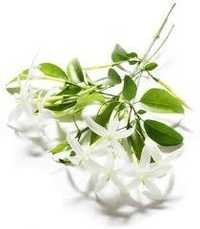 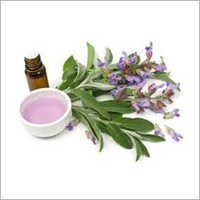